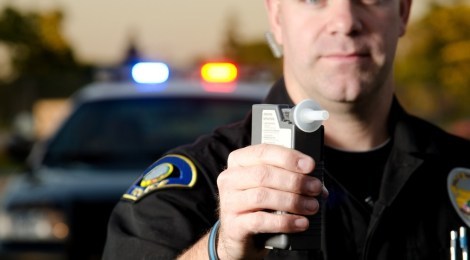 Courtesy of Kane reporter
Cinco De Mayo celebrations will be going on all around Atlanta with various locations celebrating the holiday bannering Authentic Mexican traditions and meals all around Atlanta, Decatur, Roswell, Alpharetta, Johns Creek, Lawrenceville and many other locations all around metro Atlanta according to various sources. (AJC, Roamalicious, Patch). Some parties have even started on what has become known as Cinco de Quatro (mostly because it falls on a day where no one has to go to work the following day). However, the Governors Office of Highway Safety in anticipation of the Cinco De Mayo events around Atlanta has warned that police will be cracking down on potential DUI arrests throughout all the surrounding areas of Metro Atlanta.

Georgia State Patrol stated that certain holidays, including Cinco De Mayo, they see a increase in the arrests for DUI. Just last year a special expose was done about what a certain county noticed in DUI arrests in their area for Cinco De Mayo.

Cinco De Mayo is synonymous with drinking Margaritas and celebrating Latin American heritage including the Mexican liberation from the French Empire. This day involves quite a bit of drinking and the parties that go along with it are usually occasions that everyone remembers. Many of the authorities are attempting to put out safety concerns with slogans such as “call a taxi before you fall into the Guacamole dip” and “fiesta like there’s no tomorrow, just don’t drink and drive” showing their concern about the Cinco De Mayo celebrations ending up in a Cinco De Mayo DUI charge.

Some people however end up remembering more than just a good party. With everything that goes on for Cindo De Mayo parties, some people either lose track or don’t keep count of their alcohol intake. With police being aggressive, or more aggressive, for Cinco De Mayo DUI arrests, it means that more people are finding themselves the subject of a unplanned rendezvous with the police either through a stop with the police or a checkpoint.

As a result of the Governor’s office of Highway Safety teaming up with various organizations, including the HEAT and TEAM division of local counties, the cops are cracking down on impaired driving.

If you have been accused by the police of driving under the influence on Cinco De Mayo, or any other day, then you need help from a trained DUI attorney. Should YOU find that you either don’t want to face the court alone or simply feel that you need help from an attorney then give our office a call regarding your citations. There are facts to every case where defenses can be raised for anyone charged with driving under the influence. Each situation is different from the other and requires a evaluation of all the information in order to properly mount a defense and a effective negotiation with the prosecutor’s office.

After you have enjoyed your fiesta, and your chips and queso and margaritas, remember that our firm is here to help you if you find yourself in trouble.