»  » Another exmple of why prosecutors seem difficult on DUI charges

Another exmple of why prosecutors seem difficult on DUI charges 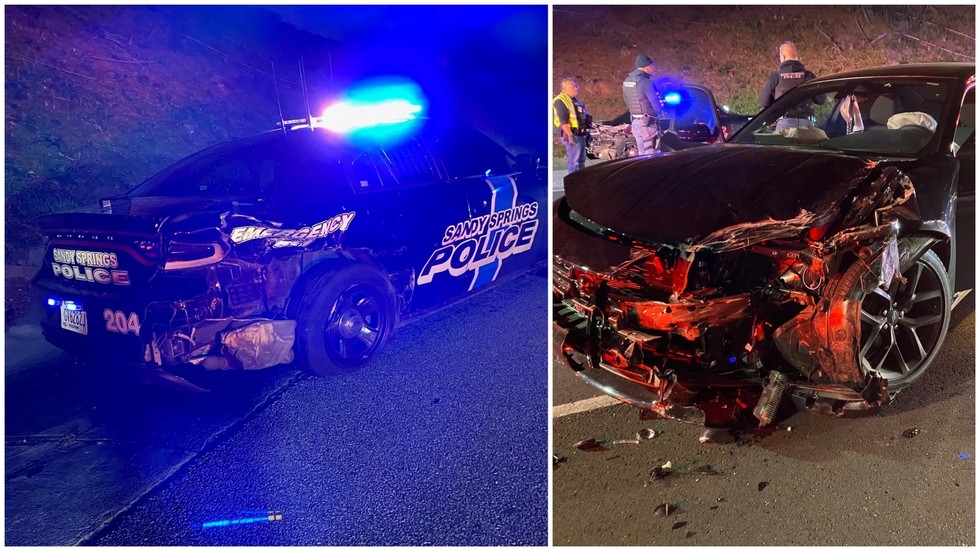 Sandy Springs DUI Courtesy 11Alive News
A frequent question we answer for our clients is “why are the prosecutors so Hard on DUI arrests, I have never been in trouble before!” The following event that occurred on April 4, 2021 in Sandy Springs is one example of why prosecutor’s seem so difficult when they prosecute DUI charges.

According to various news agencies, Fox News, Fox 5 and 11 Alive, Sgt Ortega with the of the Sandy Springs Police Department was on the side of Georgia 400 performing Sandy Springs DUI enforcement via a traffic stop around 12AM when driver Khiriy Smith slammed into the side of his vehicle. As a result of the collision, Officer Ortega was taken to the hospital for recovery. Driver Smith was arrested and charged with Driving Under the Influence and violating the Georgia Move Over Law, Possession of an Open Container and Reckless Driving.

Whenever there is an accident, prosecutors react in a more difficult fashion with their “recommended terms and conditions” for a DUI, but it can seem even more harsh when an officer is involved directly in the accident.  All police use some of the various available charges to stop a vehicle. In addition to responding to an accident they also can use Failure to Maintain lane or the Georgia Move over Law. Frequently one of these charges can lead to a DUI investigation. In the scenario above, the driver, at some point, lost control of the vehicle and collided with the officers vehicle on the side of Georgia 400 at a high rate of speed. As a result of the accident, now Mr. Smith finds himself charged with not only DUI but various other charges.

This example is a prime reason that prosecutors are so difficult when it comes to prosecuting DUI charges. The prosecution does not “see” your case as a simple DUI. Their training from the State tells them that every DUI could have ended up with either an injury or a death. Most believe it is their “duty” as a prosecutor to make sure that any defendant charged with a DUI gets the message to not do it again and the Sandy Springs DUI task force along with the Sandy Springs Municipal Court Soicitor is no different.  Many of the officers that work DUI investigations have seen an accident similar to this one in Sandy Springs.