Why facts are important to a warrant and arrest

Various agencies for the government arrested Jermaine Hewitt who is previously accused of being the Motorcycle Bandit. (AJC).

The agencies were composed of task force officers attempting to locate a individual who was scouting luxury cars and robbing the individuals driving those vehicles.

The individuals arrested was Jermaine Hewitt who authorities stated lived where he was arrested in DeKalb County. Mr. Hewitt was arrested for Armed robbery (or robbery by force) and was denied bond on Thursday March 28, 2019 by Judge Gail Tusan in Fulton County, Georgia.

Although warrants help officers in their daily tasks of hunting down criminals, if they are done or executed either incorrectly or without the correct information they can become problematic and can intrude on a person's life when they should not. Then warrants are a dangerous issue with any investigation because if they are not done or performed properly, then the entire case that is being built can be deconstructed and possibly dismissed. Warrants are sworn out before a judge to show that the officer believes he has enough evidence and the judge should grant an order granting the police the ability to search an area for illegal items or wanted people.

In this particular situation, one of the reports that the warrants were based on stated that the armed robbery in this particular arrest spoke with a foreign accent. Mr. Hewitt, however does not have a foreign accent which appears to present a problematic situation for his arrest (AJC News lead, CBS). Tom Jones from Channel 2 action news interviewed attorney Michael Barber about various aspects of this investigation. Reporter Tom Jones reported that during the bond hearing there was talk about a consent bond as well as issues relating to whether or not Mr. Hewitt even lived in DeKalb as his home address was a Gwinnett County property and that there may have been an issue with his accent not being a foreign one since Mr. Hewitt is born and raised in the United States. 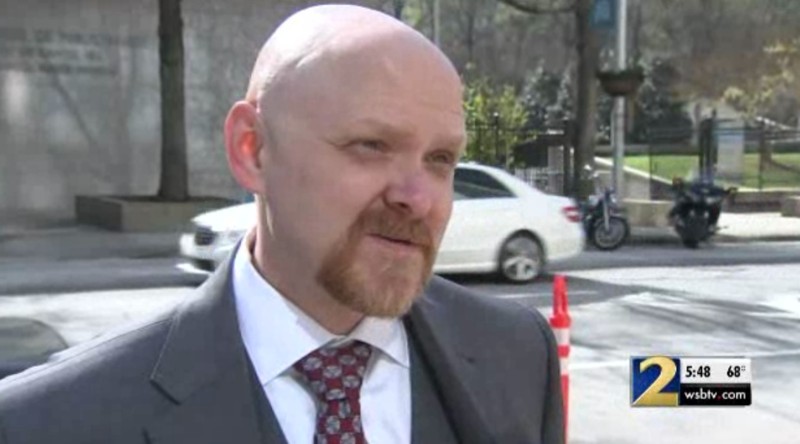 If you have been accused by the police for Burglary, Armed Robbery, Home Invasion, Theft, Violation of Georgia Controlled Substances Act, served a warrant resulting in an arrest, or other criminal charges then you need help from a trained attorney. Should YOU find that you either don't want to face the court alone or simply feel that you need help from an attorney then give our office a call regarding your charges. There are facts to every case where defenses can be raised for anyone charged with driving under the influence. Each situation is different from the other and requires a evaluation of all the information in order to properly mount a defense and a effective fight or negotiation with the prosecutor's office.

Remember that every case is different because no two sets of facts are the same. Proper application of not just the law but also case law to your situation would take examination of the facts surrounding your case and creating a properly mounted defense for YOUR arrest.